When I finished Silvery Earth Kids, I contemplated the idea of starting another strip… one that I already had in mind when I bought a book on manga proportions and how to draw chibi characters.

Except I didn’t know what to do with those characters until Blaze Ward announced the theme of his second anthology – Mad Science. Then, spurred by the deadline, I came up with 10 strips about Kol-ian’s childhood. 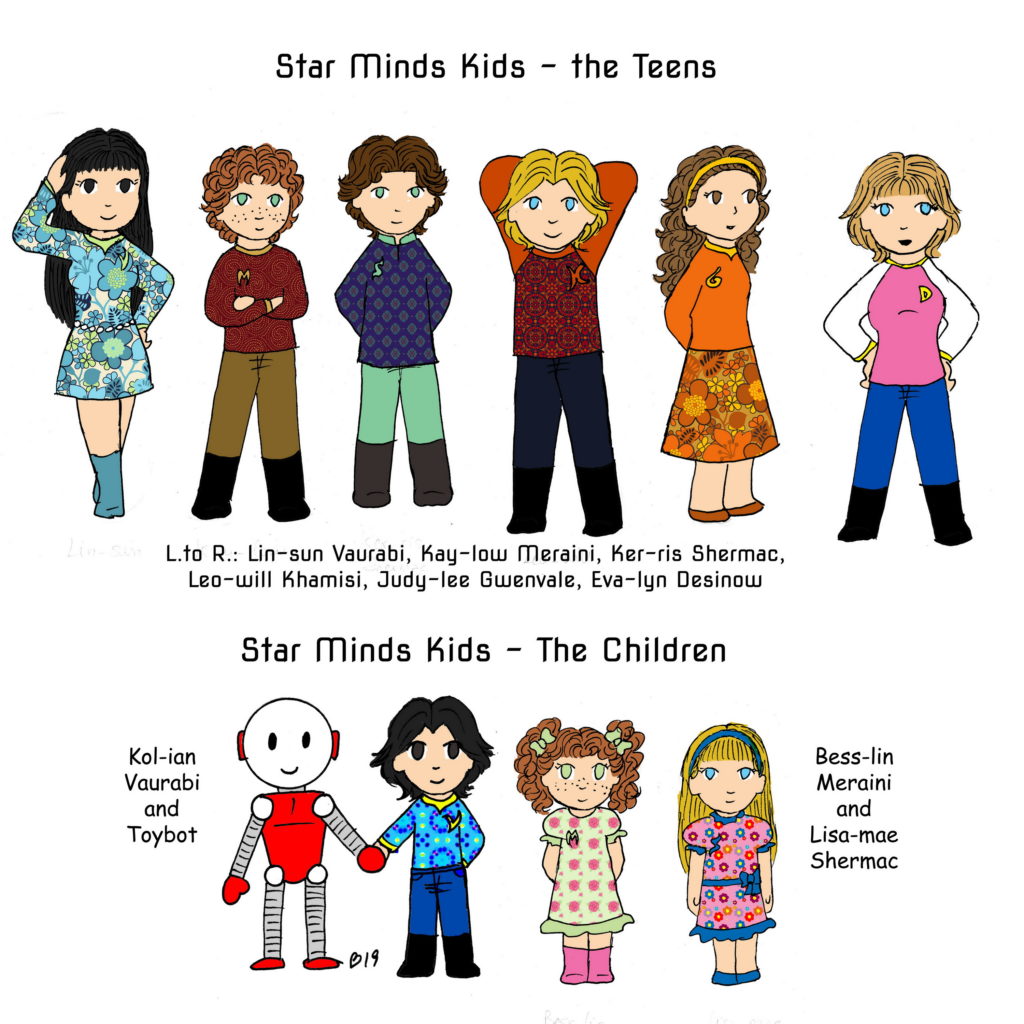 I made new character sheets without actually looking at the old ones and drew the first few strips, now available on I Like My Science…MAD (Blaze Ward Presents Book 2) as well as coming out as Sunday Strip on my Instagram.

Also, for Blaze Ward’s anthology, I had to make some kind of cover, so here it is: 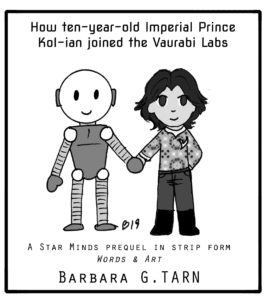 You can already read the first ten strips on paperback and eBook.

After Toybot learns to speak, inspired by a DeviantART contest that made me draw those characters as space pirates, which brought me to write a few strips with the teens, busy doing a play written by Ker-ris.

The story he wrote is based on one of my first stories (he’s fifteen, I was actually fourteen when I wrote it), so when I had to show the teens in costumes for the play, I went back to the old drawings I did for the original story for the colors. 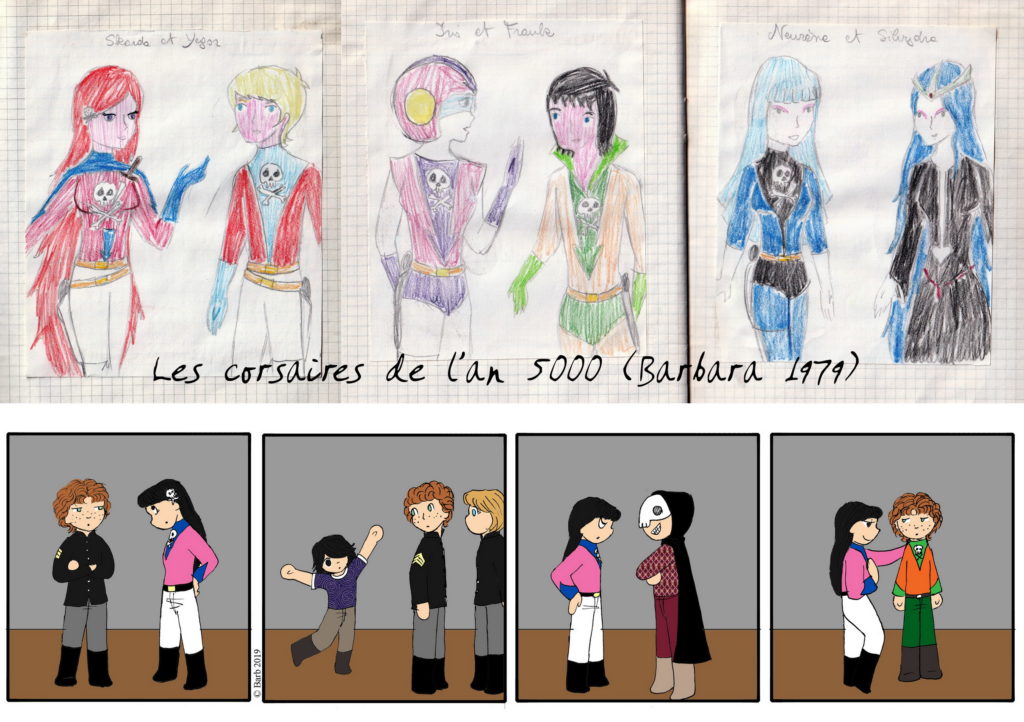 You can tell the original was badly copied from Captain Harlock and other Leiji Matsumoto anime of the time, but I kept the summary, changing some names and definitely some planets (the plant-women of Mazone are no longer part of the story, of course).

So, there you have it, Lin-sun as the corsair princess, Kay-low as the GP-turned-pirate, Kol-ian as his little brother and Leo-will as the bad guy. Costumes redone withouth looking at the originals, although I kept the colors, like  I said above.

I hope to explore more of Kol-ian’s past with his Toybot and his snarky older sister while completing the Lone Wolves stories – the third generation of the Star Minds Universe.

I don’t think there will be a paperback anytime soon, because currently I don’t have enough strips to make it worth it, but maybe by the end of the year, I can publish another book and related calendar for 2021!

Meanwhile check out what is already out there… have a great Sunday!