“Gaia Reborn. Planet Earth got rid of us pesky humans and has moved on. It thrives without us, but we’re dead without all this.” (Brainwaves, Book 1)

An underground city too perfect to be true. A standalone novel exploring the future of Earth.

In a world without borders, arctic weather is not the only danger. Or the worst.

The adventure continues, reaching the Himalayas in search of the truth.

The journey back home across Eurasia where trains with steam locomotives still run and airships roam the sky.

The second cycle of the Chronicles. Raj and Bel are back in Roanoke, but their younger friends are still wandering. Read the stories of Megan, Yollanda, Arjun, Azur and Shani that will take you beyond the events in the first five books.

A Rainbow Town survivor in the big bad world outside, under the sun for the first time.

Arjun and Yuu across India and China, looking for unresponsive Rainbow Towns.

Azur’s journey home and beyond, from steam-powered trains to airships across the world.

The end of Shani’s journey, finishing what started nine years earlier with her leaving Rainbow Town under Mount Mitchell.

Before Future Earth Chronicles a prequel

Raj and Bel travel around the world, a journey in search of truths about the world they find themselves in. An intriguing exploration of future Earth.

More exploration in the company of western vampires, chasing psychic vampires and wandering among breathtaking views of a future Earth.

The complete collection of stories, prequels to the main series and the two sequels. The picture is complete. Welcome to future Earth. 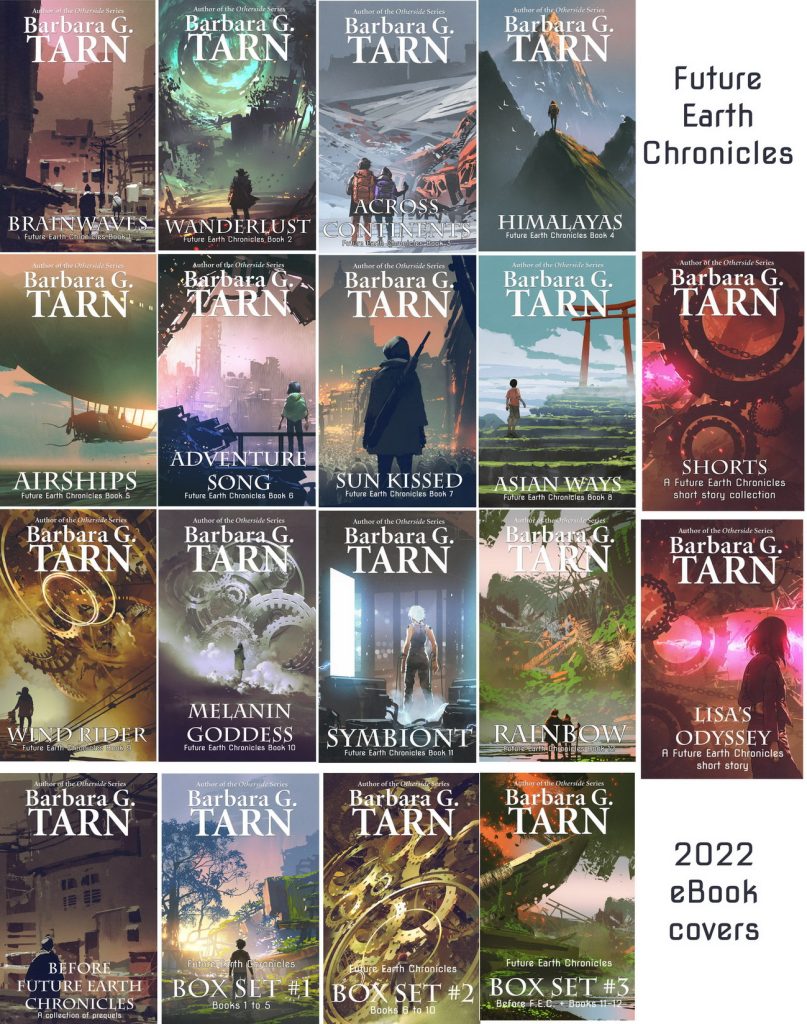