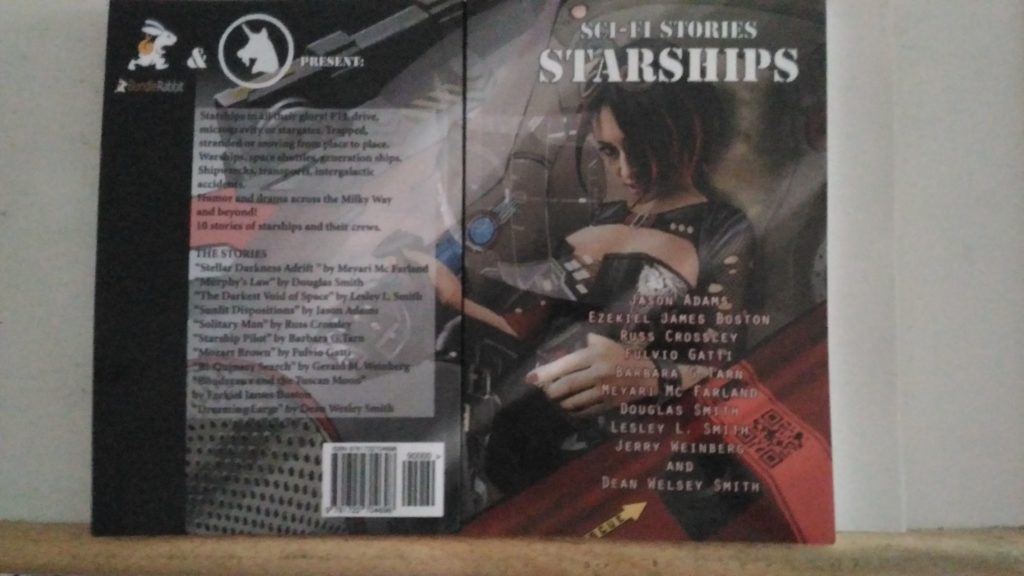 And everything is now live as ebook and we even have one paperback – the other is coming soon.

Space opera galore! Real planets and star systems as well as made up one, hard SF and science fantasy, mystery and romance. Humans trying to meet aliens for the first time or trying to avoid them. Humans living with aliens in so-called harmony. Earth-based civilizations and alien humanoids.
From Alpha Centauri to Epsilon Eridani and everything in between, the Milky Way in all its glory!
THE STORIES
“Murder on Marawa Prime” by Vonnie Winslow Crist
“Astromancer” by Debbie Mumford
“One Universe is Never Enough” by Mary Jo Rabe
“A Little Old Fashioned” by Rita Schulz
“Funeral Sails” by Scott T. Barnes
“Station OSCX-9” by Marcelle Dubé
“GENIE and the LAMP” by Steph Bennion
“Runaway” by Barbara G.Tarn
“Seeking Sky” by Jennifer R. Baumer
“Final Chapter” by Randy Tatano
Ebook universal link.

And we’re back! Different authors, different books, but still here to entertain you through the summer and beyond with some neat space opera!

Ten novels, some longer, some shorter, of space opera and adventure.

Tagged anthology, bundle, ebooks, paperback, science fiction, Star Minds
We use cookies on our website to give you the most relevant experience by remembering your preferences and repeat visits. By clicking “Accept All”, you consent to the use of ALL the cookies. However, you may visit "Cookie Settings" to provide a controlled consent.
Cookie SettingsAccept All
Manage consent

This website uses cookies to improve your experience while you navigate through the website. Out of these, the cookies that are categorized as necessary are stored on your browser as they are essential for the working of basic functionalities of the website. We also use third-party cookies that help us analyze and understand how you use this website. These cookies will be stored in your browser only with your consent. You also have the option to opt-out of these cookies. But opting out of some of these cookies may affect your browsing experience.
Necessary Always Enabled
Necessary cookies are absolutely essential for the website to function properly. These cookies ensure basic functionalities and security features of the website, anonymously.
Functional
Functional cookies help to perform certain functionalities like sharing the content of the website on social media platforms, collect feedbacks, and other third-party features.
Performance
Performance cookies are used to understand and analyze the key performance indexes of the website which helps in delivering a better user experience for the visitors.
Analytics
Analytical cookies are used to understand how visitors interact with the website. These cookies help provide information on metrics the number of visitors, bounce rate, traffic source, etc.
Advertisement
Advertisement cookies are used to provide visitors with relevant ads and marketing campaigns. These cookies track visitors across websites and collect information to provide customized ads.
Others
Other uncategorized cookies are those that are being analyzed and have not been classified into a category as yet.
SAVE & ACCEPT