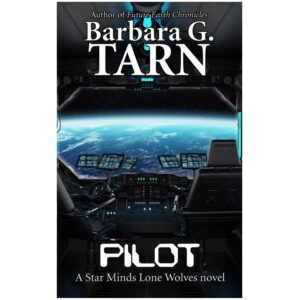 Jes-syd lost his home planet at twenty, and with it his beloved girlfriend who survived but vanished on him without explanations. Five years later he works at the Serenaide Labs and has a new girlfriend, another survivor like him, but things don’t go smoothly between them.

The Tech Fair and a visit from Ypsilanti bring the news that there are more survivors on the dead planet, hidden underground in what’s left of the Vaurabi Labs. Jes-syd’s mother made it with a few more and Jes-syd hopes to get back with Iso-bel again – whenever he manages to find her and give her the good news.

A young Sire survivor who loves computers and his first and only love, a lone wolf hacker who is trying to fight his own grief. A Star Minds universe standalone story of hackers, crackers and survivors.

Bonus story: Wonder Man or how Hariel earned his Codename