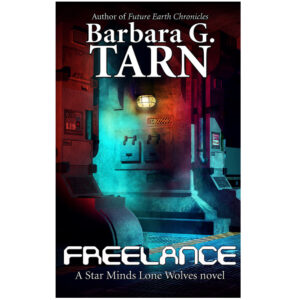 Kris moved to Mumbai for love. Except one year later Rajveer is changed and she is sick of him and India as a whole. One night she meets another Rajveer and is invited at a house with three very strange people. She agrees only because she sees another European girl in the group.
Turned by Kaylyn to help her and Rajveer to fit into the 21st century, Kris embraces her new life as a vampire who can turn into a hawke and meets the love of her life, inheritor Kiran.
But Mighty Menka hasn’t given up her claims on Rajveer, Kaylyn and their maker, Bran the Raven. The youngest vampire at the beginning of the 21st century goes through the battle of Chittor, a nightly fight that you won’t find in any history book.
Bonus stories:
“The Raven”
How Alain became a vampire after meeting Bran the Raven at the end of the 20th century.
“Vampiric Love”
Rajveer and Kaylyn finally get together after so many centuries.
“Indian Moon”
Crossover between Joleene Naylor’s Amaranthine series and Vampires Through the Centuries.