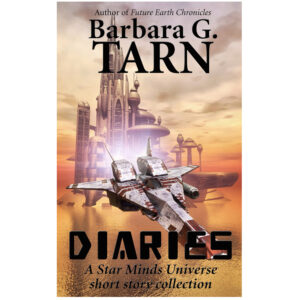 Raised as imperial prince, Shan-leo doesn’t miss his former status. At twenty-two, he gets to define his destiny without being forced on a path traced by his family. Following his love for calligraphy, he discovers a black market of stolen manuscripts, which starts the adventure of a lifetime.

Chasing thieves through the galaxy! Science Fiction Like No Other!