Quests Volume One: The Paths of Water and Air 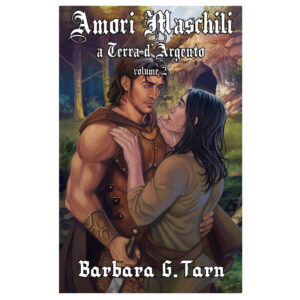 The Path of Water

Hinrik survives the battle outside the walls of Moriana, battered and hurt. He drags himself to the River Ondan to put an end to his misery.

The beginning of a new life of discoveries about himself and the world, a quest for his true calling in life.

Outsiders or outcasts looking for a place to call home in a hostile world, away from the aggressively expanding Varian and Blackmore Kingdoms.

A moving short novel of Silvery Earth with magic and pain, loss and rebirth.

The Path of Air

Sayla is the best archer of her hometown, thanks also to her keen eyesight. When her mother hints to the fact that she was actually born with wings, she leaves her hometown to go looking for other winged beings.

The north-east of Varia seen through the eyes of two young people leaving home for the first time, an intriguing coming of age short novel of Silvery Earth.